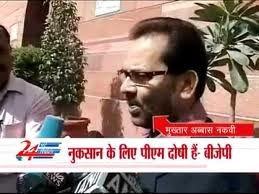 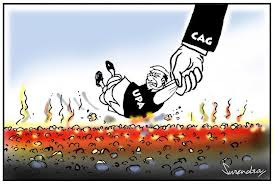 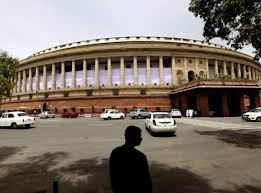 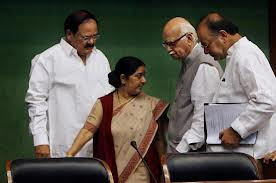 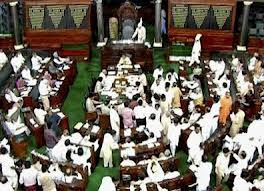 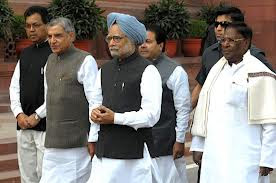 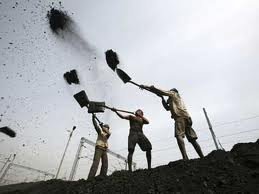 New Delhi, August 22 (CMC) In a war of words, the government on Wednesday hit back at the Bharatiya Janata Party saying that it was avoiding a Parliament debate because it were the BJP-ruled states which objected to the auction of coal blocks. Coal minister Sriprakash Jaiswal said that the Prime Minister is not responsible for allocation.
Jaiswal said that the BJP cannot face a debate in Parliament because they know things will be clear

The minister said that the CBI is probing the irregularities and that people who are found guilty will be punished.

As Parliament remained disrupted for the second day on Wednesday over CAG report on coal block allocation, the government and the BJP held their grounds.

Attacking the BJP, the government said it was making all efforts to persuade the main Opposition party to discuss the CAG report on coal block allocation.

While the BJP said the government should go and fresh elections be held in the country.

"We are making all efforts to persuade opposition to come for discussion," law minister Salman Khurshid told reporters after Parliament was paralysed for the second day running with the BJP pressing for resignation of Prime Minister Manmohan Singh over the issue.

Khurshid termed as "unfortunate" the continuous disruption of Parliament where MPs come "every morning with hope, expectations and aspirations of the people of our the country".

"We are frustrating (the people) because we are unable to speak to each other. We (Government) have offered a full debate and we are willing to offer every thing that we have and place that before the people, to the House," he said.

"Issues of drought and flood were listed for discussion in Lok Sabha. In Rajya Sabha, the discussion on price rise was listed. These are issues which are very much concerned with common man," Rawat said.

"They (BJP) are not interested in having a discussion on the issues that they have raised in the House. It is a very unfortunate situation," Venugopal said.

"We will not allow the loot of the country any more. This government should go and fresh elections should be held in the country," BJP spokesperson Prakash Javadekar told reporters outside Parliament House.

BJP was adament in its demand for the Prime Minister's resignation.

Asked whether BJP does not want discussion in Parliament on CAG reports, he said, "It is diversonary tactics of Congress. Congress has no respect for PAC or any constitutional mechanism. The way they scuttled the PAC report only testifies this. So we are not buying their argument of sending the reports to PAC."

Javadekar said, "Congress has lost the trust of the people so we cannot allow it to prolong the loot regime. Our fight is against the organised loot."
On whether BJP would continue to disrupt Parliament, he said, "We are not disrupting the House. It is the Congress regime which is doing it."

Janata Dal (United), a key ally of NDA, favoured discussion on CAG reports on coal block allocation and other issues instead of disruption of Parliament proceedings.

JD-U embarrassed the BJP in Lok Sabha by initiating a special discussion on flood and drought situation even as members of the main opposition were in the Well shouting slogans against the Prime Minister.

Rajiv Ranjan Singh (JD-U) surprised many in the opposition benches by speaking on the issue when Deputy Speaker Kariya Munda took up the listed item.

Unhappy with the disruption caused by BJP, Parliamentary Affairs Minister Pawan Kumar Bansal said the government was willing to initiate the debate immediately on the three CAG reports. But, his offer went unheeded with opposition members shouting slogans like "Pradhan Mantri gaddi choro (PM should quit)."

"Their intention is clear. What do they want to convert Parliament into? Parliament is for discussions. Let them come and discuss. We will demolish the opposition's point of view and that is why they are running away," Bansal said.