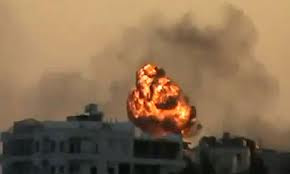 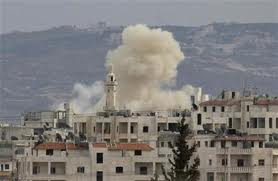 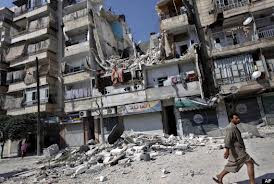 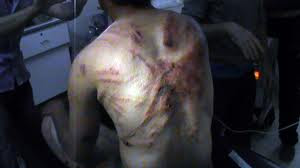 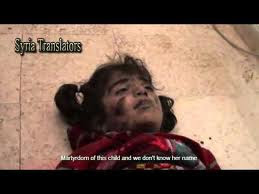 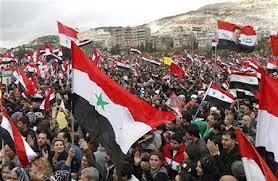 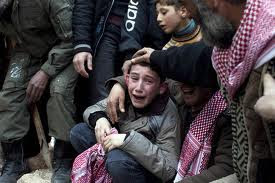 Damascus, August 20 (CMC) The second day of Eid al-Fitr was marked in Syria by renewed shelling of key cities and the discovery of 10 bodies allegedly dumped in the street in a suburb of the capital after being tortured by pro-regime militia.

Activists said the usual Eid festivities had been largely neglected. "There is no one inside Damascus, inside Syria, that doesn't have a friend or relative who has been lost or detained or killed, so it's a very sad Eid we are having," said one activist, Tarik, of the Revolutionary Leadership Council Damascus.

As UN observers left their hotel in the capital, their mission having ended at midnight on Sunday, activists relayed details of another atrocity they said had been committed by the shabiha, the pro-Assad militia.

"When we got to the site, we found 10 naked bodies, some of them were handcuffed," said Abu Omer al-Qabouni, a Qaboun resident. "They were tortured in a barbaric way. They were tortured by electricity, stabbed by knives and burned by cigarette butts. Some of the bodies had crushed heads."

He said he was able to personally identify two children among the victims – a seven-year-old boy and his sister, aged five.

Shelling was reported in Damascus suburbs, with Mouadamiyeh and Daraya among the hardest hit, and in Aleppo, where the collapse of two buildings reportedly killed 14 people. In Deraa, activists said four members of the same family, including two children, were killed. Restrictions placed on foreign journalists make it impossible for the Guardian to independently verify activists' accounts.

Kofi Annan's successor as UN and Arab League envoy to Syria was given an indication of the size of his task when he stepped straight into a row with an opposition group.

The Syrian National Council demanded an apology from Lakhdar Brahimi after an interview he gave over the weekend in which he said he would not ask the Syrian president, Bashar al-Assad, to resign because he did not "know enough about what is happening".

His comments contrasted with those of Annan, who said on his departure from the role that Assad must leave office. The SNC said Brahimi had shown "disregard for the blood of the Syrian people".

Turkey warned that it might soon run out of space for refugees. Ahmet Davutoglu, the foreign minister, told the Hurriyet newspaper that the UN might have to establish camps in a safe zone within Syria, as Turkey, which has already taken in 70,000 refugees, could only accommodate 100,000 in total.