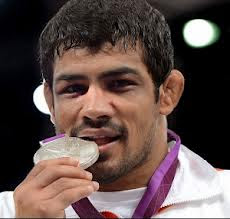 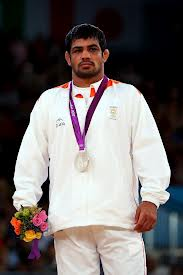 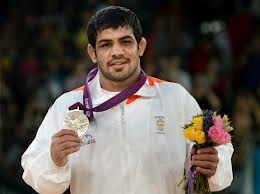 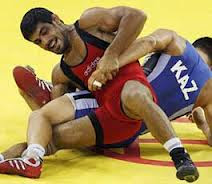 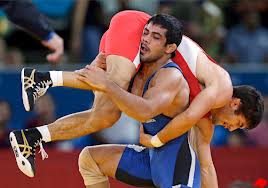 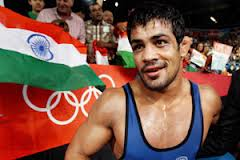 London, August 12 (CMC) Sushil Kumar capped the country's most successful campaign at the Olympic Games with a historic silver medal as he became the first Indian to win back-to-back individual medals at the mega event, in London on Sunday.
Sushil, a bronze medallist in 2008 at Beijing, fought bravely after vomiting and suffering dehydration following his semi-final victory, but ended up a 1-3 loser against a strong Japanese rival Tatsuhiro Yonemitsu in the gold medal bout.
The final was held inside three hours after his semi-final victory over Kazakhstan's Akzhurek Tanatarov.
And to add to the 29-year-old Indian fighter's woes he had picked up a neck injury too that hampered his progress against Guangzhou Asian Games champion Yonemitsu.
With Sushil's silver, India ended its London Games campaign with six medals -- its best ever show at the biggest sports extravaganza.

Wrestling and shooting provided India two medals each, while women boxing and badminton added one medal each.
India had hoped to add a gold to its kitty when Sushil Kumar reached the final but his Japanese rival, an Asian Games champion, prevailed with his stout defence.
Raj Singh, the secretary general of the Wrestling federation of India said after the final that Sushil had a bout of diarrhea after his semifinal bout and also vomited as something he had eaten did not agree with him.
He also had a neck injury which he suffered during the semifinal against Kazakhstan's Akzhurek Tanatarov but that did not affect him, according to Raj.
Sushil trailed 0-1 after the first round and was out of the contest within 30 seconds of the second round when Yonemitsu penetrated his defence, lifted him up and banged him to fetch decisive three points lead.
Sushil had made a stunning comeback in the semifinal but could not repeat that in the final, although he reduced the margin by getting one point.

Earlier, the pin-up boy of Indian wrestling fought the best bout of his life as he came from behind to beat Tantarov 3-1 in the semi-final.
Sushil first used the Iranian technique to get over his opponent and then rolled him over for two points. A head butt by Tantarov assured him another point.
The second round undoubtedly belonged to the 25-year-old Kazakh wrestler as he put Sushil on the mat and tossed him over to get 3-0 clincher.
When the third round started, the 29-year-old Indian looked tired and jaded as within the first seconds, conceded a 3-0 lead to the Kazakh. The match looked as good as over for Sushil who waited for that one inspirational moment as he caught Tantarov by his leg and pegged him down to make it 3-3 with the vociferous Indian contingent egging him on.

This was followed by a Hercules-like act as he suddenly stood up with the Kazakh hanging on his shoulders. It probably was the defining moment for the Indian contingent's challenge at the biggest sporting spectacle. An Indian's show of strength at the world stage.
Sushil Kumar can take a bow as he will now be considered at par with legendary hockey players Dhyan Chand and Balbir Singh Sr although theirs was a team sport and were part of back-to-back gold medal winning teams.
Earlier, Sushil disposed of defending champion Ramazan Sahin of Turkey and then prevailed over Uzbekistan's Ikhtiyor Naruzov 3-1 in the quarter-finals.