I will give people a political alternative: Anna Hazare


I will give people a political alternative: Anna Hazare 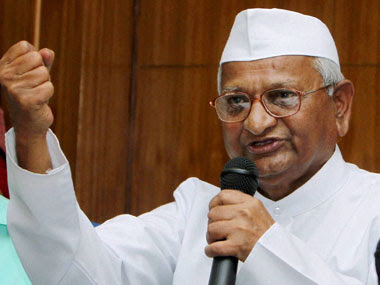 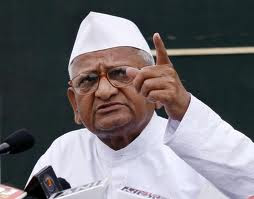 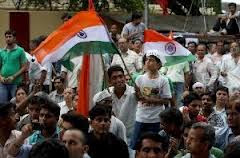 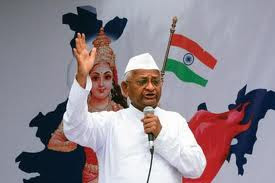 
NEW DELHI, July 27 (CMC) Activist Anna Hazare on Friday again accused the government of trying to break the unity of Team Anna by holding secret talks with him.


Talking to reporters here, Anna Hazare said: "V Narayanasamy wrote a letter to me and gave it to my team so that they feel Anna is talking with government. They are trying to break our team."


"It was their conspiracy to stop me from attending this agitation," he said.


V Narayanasamy, who is minister of state in the Prime Minister's Office, however, hit back saying he wrote only in response to Anna Hazare's letter.


Narayanasamy on Friday termed the indefinite fast by Team Anna at Jantar Mantar here as an attempt to "fool the people".


He said their intentions have been exposed after they "announced launching a political party".


"It is good they told very openly today that they are forming a political party. Their intentions are exposed," Narayanasamy said.


"We brought the Lokpal bill according to our commitment, it is now with the standing committee (of parliament). We have taken lot of steps. In spite of that, they are agitating because they have an agenda," he said.


"The people who are sitting at hunger strike, they go and take rest in Maharashtra Sadan. They are fooling the people of this country," the minister added.


Narayanasamy's comments came after Anna Hazare, in an interview to a news channel on Friday, said: "If people say that Anna should enter politics, then I could think about it."


He, however, added a quick disclaimer: "I will not go into politics but I will give a political alternative to the people. I will not fight in elections. But if anyone fighting against corruption launches a political party, I will support it. I think the people are ready for an honest candidate."


Friday is the third day of Team Anna's indefinite fast at Jantar Mantar. Team members Arvind Kejriwal, Gopal Rai and Manish Sisodia are sitting on an indefinite fast against corruption and in support of a stringent Jan Lokpal bill.


Anna Hazare is likely to join the fast on Sunday after his four-day ultimatum to the government ends.

Email ThisBlogThis!Share to TwitterShare to FacebookShare to Pinterest
Labels: I will give people a political alternative: Anna Hazare