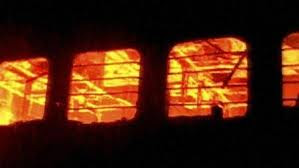 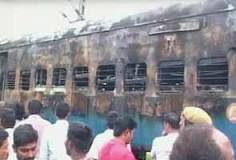 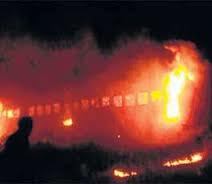 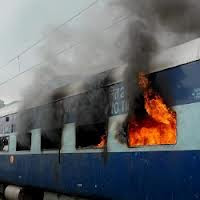 
Nellore, July 30 (CMC) At least 47 people have been killed in a fire on Tamilnadu Epress train travelling in the state of Andhra Pradesh, officials said.

One S 11 coach of the Tamil Nadu Express travelling to Chennai from Delhi caught fire early on Monday. The cause of the fire is still not clear.

Officials said the death toll could rise further as there were 72 passengers in the affected coach.

The incident happened as the train was passing through Nellore station.
Nellore is located 500km (310 miles) south of Hyderabad, the capital city of Andhra Pradesh.
B Sridhar, head of the Nellore district administration, told Clean Media that 28 passengers travelling in the coach had been injured and taken to local hospitals.

He said an electrical short circuit could have led to the fire, and that most of the passengers were asleep when the incident happened at 04:20 local time (1050 GMT).

The affected coach was completely gutted and rescue teams had to break in using special equipment.
In May, 24 people were killed when a passenger train crashed into a goods train in Andhra Pradesh state.

Train accidents in India have killed 1,220 people over the past five years, railway officials have revealed.
Accidents are common on the state-owned Indian railways, an immense network connecting every corner of the country.
It operates 9,000 passenger trains and carries some 18 million passengers every day.
Posted by Clean Media at 10:12