New Delhi, Dec 31 (CMC): Observing that the security environment places a greater demand on leadership at all levels, air chief N A K Browne on Saturday stressed on giving "undivided attention" to operationalisation of new system, infrastructure development and integration of new capability.
Addressing all air-warriors in his New Year message, Air Chief Marshal Browne said the IAF is committed to support the surface forces in both anti-Naxal and air maintenance operations in all areas and expressed confidence that the force is capable of meeting all the challenges.
"Our speedy operationalisation of AWACS and C-130J fleet, commitment in supporting our surface forces both during the anti-Naxal operations and sustained air maintenance operations in the north and east highlights the professional calibre of our air warriors," he said.
Underlining IAF's vision for the future, he said, "Operationalisation of newly inducted systems, speedy development of our operational infrastructure and integration of new capabilities in our overall operational employment matrix would require our undivided attention and commitment."
He said the ever changing complexion of our security and operational environment will also place greater demands on our leadership at all levels.
The air chief stressed on the need for developing capability of people responsible for the transformation process, and said, "A holistic approach to team building, which includes looking after their training, mentoring, counselling as well as personal needs will have to be addressed.
"Our daily mission and the task assigned to each one of us must be accomplished with utmost commitment and while doing so we need to make a conscious effort of raising our standards a notch higher," Browne said.


Hyderabad, Dec 31 (CMC): Andhra Pradesh police chief Dinesh Reddy has blamed some TV news channels for misinterpreting his comments Friday that hinted at a link between women's dresses and the increase in number of rape cases.
While replying to a query at a press conference, the police chief had cited provocative dresses of women as one of the reasons for the increase in number of rapes. In a statement issued from the office of the director general of police (DGP) Friday evening, he said he was hurt as some news channels misinterpreted his comments.
"Also some of the prominent ladies, knowing very well what type of person the DGP is, are trying to react out of proportion thinking the misinterpretation as gospel truth," said the statement, in an obvious reference to some women's groups condemning his remarks.
The DGP office also released a video clip of his comment at the conference earlier in the day. At the conference, he said the dresses which were being worn by women as present day fashion were provoking men and police had no control over it. "Otherwise, why in certain schools you are banning girls from wearing shorts," he asked.
He added that it was a free country and people were free to wear what they like. Reddy's remarks evoked strong reactions from women's groups, who described them as chauvinistic. The groups accused him of indulging in moral policing. cleanmediatoday.blogspot.com
Posted by Clean Media at 22:58 No comments: 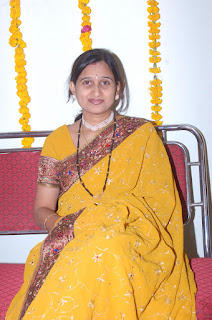 A new chapter was written in the history of Indian Parliament when Lokpal Bill dramatically collapsed on the floor of the Upper house. I must congratulate the dramatist of the ‘Play’. Whosoever has been the playwright (probably ruling party and its some of the allies) of the drama has however created a very powerful protagonist.
The protagonist of the drama is none other than Rajniti Prasad of RJD. He ironically proved his might. Very comfortably he got up from the seat, came to the centre of the floor and tore the pages of the Lokpal Bill as if it was a blank paper. While he did so, most of the senior leaders of the ruling party, including the Prime Minister Dr. Manmohan Singh were seen watching the episode helplessly. No effort was made from either corner to forbid him from doing so. It was done in full house’ view and so comfortably that it clearly indicated complicity of both the parties.  The public demands clarification on this deliberate silence! The Prime Minister also needs to justify his helplessness and cool on the rape of the parliamentary democracy before himself.
The well choreographed drama was however successful and Rajya Sabha was adjourned sine dine in the din.
Let the public now be satisfied, hoping that at least now a proper Lokpal bill will be presented in the Rajya Sabha and without much hue and cry it will be passed in the Budget Session. In fact the story of Lokpal, right from preparing a weak and ineffectual luminous void, who was supposed to beat his wings in vain to the dramatic announcement of sine dine of Rajya Sabha after a well choreographed din, was all well scripted. The script writer deserves all the credit.
Let me now ponder on the saga of Lokpal bill.
It is said, might is right and at least for once it has been proved true again. The bill, though weak, was tabled, debated and passed in the Lok Sabha not because of the staunch support and willingness of the Congress but because of the strength associated with the bill from outside the house, the Anna movement.
Congress has now, post-drama, admitted that they had only brought the bill. It also admitted that for the past forty years they had been trying to get the bill passed. In the past the lokpal bill was brought in the Lower House for eight times but due to unavoidable reasons they could not debate upon it. Congress said, “this time we had not only brought the bill but also debated and ensured its passage in the Lok Sabha.”
Now here are few uncomfortable questions which as a common man we need answer. Will Congress tell us if they had been in power for at least four decades after independence then who would have brought the bill? Why could they not pass it then? Or it did not have the will to do so for reasons better known to them.
A weak lokpal bill had been passed in the Lower House because of the number game. The Bill was prepared presuming that for years together only Congress would remain in Power. The bill then would not only safeguard them but also help them continue to be engaged in the corrupt practices.
The major drawback in the bill was that CBI has not been brought into the purview of the Lokpal. Fine! The reasons which they gave could also be accepted. BUT their claim of CBI working as an Independent body has been completely misplaced and patently false. The seventy year old organization has hardly solved 1700 cases of corruption.  It has acted as a mouth piece of the ruling party. Since for decades Congress had been in the power, it had been their mouth piece. Had it been allowed to work as an Independent body as claimed, so much hue and cry on this issue would not have happened.
There were various other drawbacks in the bill which, though, asked for amendment, by opposition parties and also by some of their allies, Government refused to accept. It had to play safe anyhow. Moreover scripted drama was going on so much change was not expected.  However 187 amendments in the bill brought by the opposition as well as the allies of the ruling coalition definitely needed time to ponder upon, as claimed by the Congress.
In conclusion we can say, what a bill it was which required 187 amendments!
This is the saga of much talked about Lokpal Bill. Anyhow! Well scripted drama. It definitely deserves a booker prize!
Posted by Clean Media at 21:32 No comments: