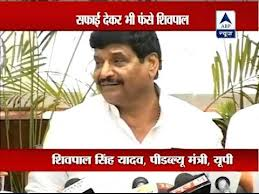 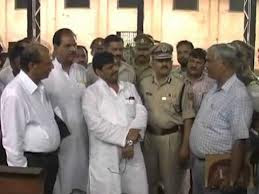 In the face of outrage from the opposition, Shivpal, who is state PWD minister and an uncle of Chief Minister Akhilesh Yadav, withdrew the remarks today. He also complained that the media had reported comments made in a meeting they were not supposed to be at.

Chairing a meeting of the district programme committee in Etah yesterday, Shivpal had said, “Maine toh usi din PWD walon se khule aam keh diya tha ki agar mehnat karoge to thodi bahut chori kar sakte ho, dakaiti nahi daloge (I have already told the PWD people openly that if you work hard, you can steal a little, but you must not behave like dacoits.”

“Agar mehnat karoge, jee lagaoge, agar inhe meetha paani de doge to chori kar sakte ho (If you work hard, if you are able to provide them with drinking water, you can steal),” Shivpal added.

Struggling to explain his remarks in Lucknow Friday, the minister complained that reporters had “sneaked into” his closed-door meeting with PWD officials ”.
Posted by Clean Media at 23:26