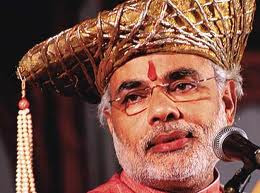 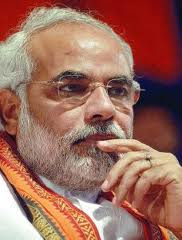 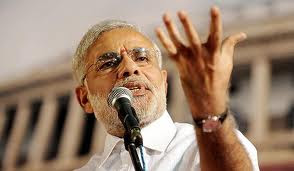 AHMEDABAD, August 14 (CMC) Gujarat Chief Minister Narendra Modi today slammed the Congress-led UPA government, saying that for the first time in the history of independent India, it had a government without "leader, policy and intention".

"The colossal failures of the Congress-led UPA Government make me think that though we have got Swarajya (independence), is India moving towards Surajya (good governance)?" Modi said on his blog, on the eve of Independence Day.

"It is for the first time in the history of Independent India that we have a Government that is without a definitive Neta (leader), Niti (policy) or Niyat (intention)!," he said.

"On August 15, 1947 India was blessed with Swarajya, but that was not an end in itself. For our distinguished founding fathers, freedom did not mean stopping at Swarajya but to attain Surajya!

"Is a policy paralysis of the severest form a movement towards Surajya? Apart from routinely making statements, has the Prime Minister taken any concrete step to tackle the challenge of malnutrition? The nation's internal security is facing newer and tougher challenges by the day but we have yet to see any concrete effort on the part of the Centre to tackle them," he said.

"Even the darkness that the people of India have been living in under the UPA transcended from the metaphorical to the literal when half of India was plunged into darkness for 2 days!" he said.

Modi, who came down heavily on the Centre and Congress party on his blog today, is facing state elections by this year-end.