Being ‘Kasab’ is not a bad proposition in India! 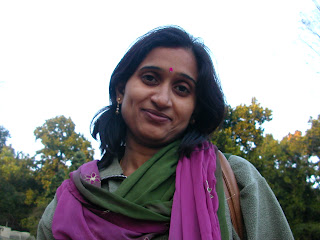 KASAB…. Kasab…….Kasab, thrice I heard this word and then stopped. The small boy was playing and shouting aloud this word. I asked him, if he knows, Kasab.
He denied, “nahi, main nahi janata”.
I said, “phir kyo aap jor jor se bol rahe the”
Are! wo, Akhbar mein padha hain mainne, sarkar isko badiya khana khilati hai, iski surakhsha karti hai. Madam ji ‘kasab’ banane mein bade fayade hain. He said with a serious tone.
He was a small boy of under privileged class. The family consisting of eight members (six children) was too poor to meet both the ends.  The boy hardly had any clothe on his body and the family hardly had any shelter. The means of livelihood was not sufficient to feed all.
This is the tragedy of our nation. The so-called guardians of our nation are not able to handle one Kasab of Pakistani origin jailed for the last three years in Mumbai and on the other hand they have mismanaged the state of affairs in such a manner that many more indigenous ‘kasabs’ may erupt simultaneously, proving disastrous for the country.
Neither the public nor the people’s representatives are safe in this nation. Both are afraid and suspicious of each other. That’s why most of the people’s representatives who claim to be mass leaders travel with jet security only. Moreover Killers/ murderers of the nation have all the security and the privileges. The Government spends crores on them. The common citizens may not have a roof over their head but these terrorist turned ‘son in laws’ of the political rulers have one of the best security and amenities on the name of 'human rights'. 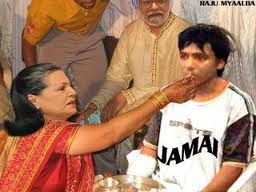 We believe in “Athithi devo bhav”. Perhaps the Government is following the proverb particularly in the case of the terrorist and the perpetrator of the most heinous crimes against the society.
If you are unable to handle an external KASAB, how will you handle many indigenous ‘Kasabs’?
Posted by Clean Media at 21:18

Email ThisBlogThis!Share to TwitterShare to FacebookShare to Pinterest
Labels: ‘Kasab’