BJP walks out of JPC meeting, calls it a kangaroo court


BJP walks out of JPC meeting, calls it a kangaroo court 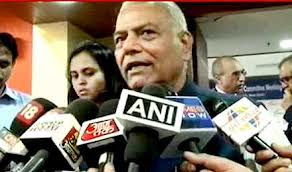 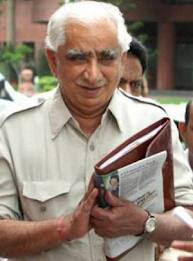 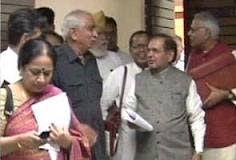 NEW DELHI, August 22 (CMC) BJP members today walked out of a Joint Parliamentary Committee (JPC) meeting on the 2G scam, dubbing it as a "kangaroo court" following differences on the issue of calling Prime Minister Manmohan Singh to depose before it.

BJP MPs Jaswant Singh, Yashwant Sinha, Dharmendra Pradhan and Ravi Shankar Prasad walked out of the meeting which was expected to finalise the list of persons who shall depose before the Committee.

"It is a kangaroo court (mock court without any regard for principles of justice), so we came out," one BJP member said.

BJP has been wanting Prime Minister Singh and Finance Minister P Chidambaram to depose before the Committee, a demand strongly opposed by Congress.

The JPC has 30 members -- 20 from Lok Sabha and 10 from Rajya Sabha -- representing different parties.

The Committee is chaired P C Chacko, a leader of Congress party which has 10 other members in it.

Email ThisBlogThis!Share to TwitterShare to FacebookShare to Pinterest
Labels: BJP walks out of JPC meeting, calls it a kangaroo court