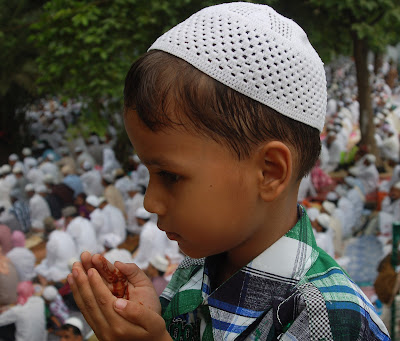 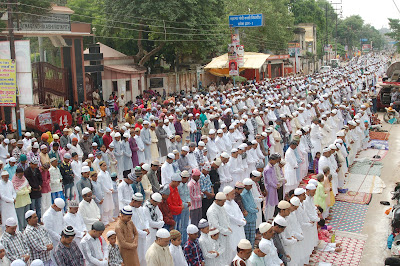 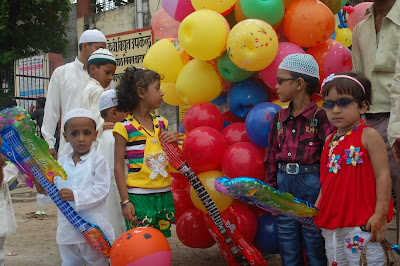 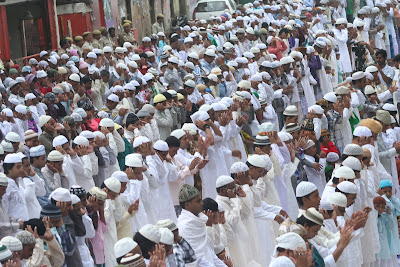 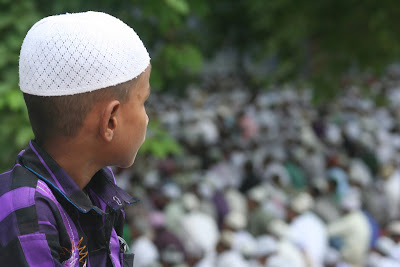 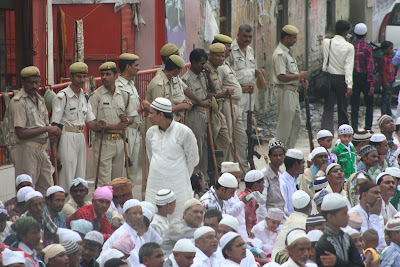 Varanasi, August 20 (CMC) Id is being celebrated with fervor and gaiety at the Dharm Nagari, Varanasi today, as hundreds of devotees performed  Namaz at different Mosques of the city.
Young children and women were also seen at mosques, performing Namaz and wishing Id each other by hugging. 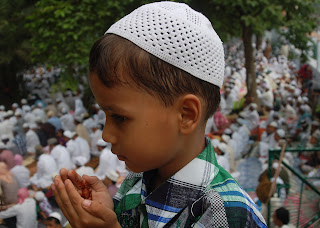 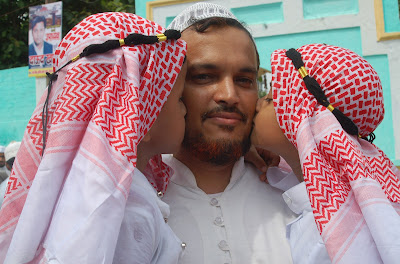 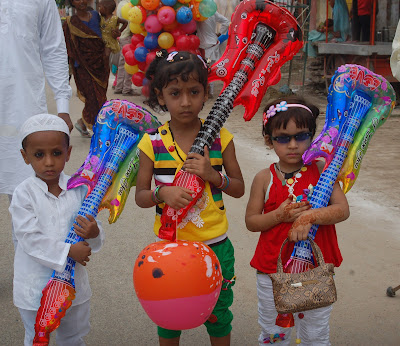 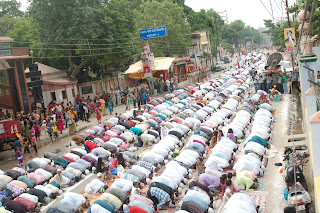 The day passed off peacefully in the city with the heavy deployment of police at several places. A large number of Hindus also wished to the Muslim brethren.