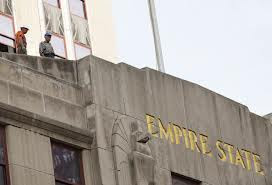 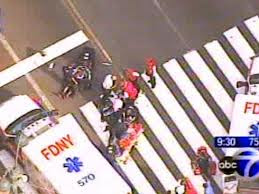 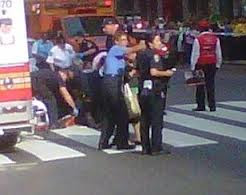 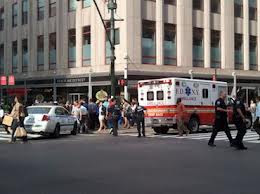 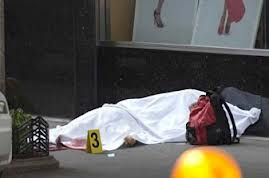 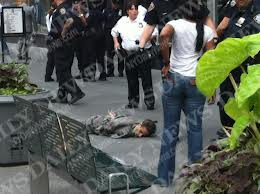 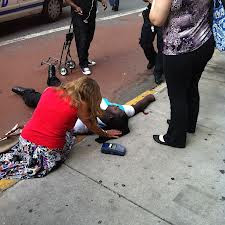 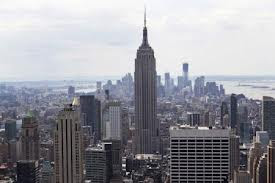 New York, August 24 (CMC) Two people were killed and at least eight wounded in a shooting outside the Empire State Building on Friday, a New York police source said, creating chaos and shocking tourists and commuters who witnessed the bloody scene outside the landmark tourist attraction.

One of the dead was the Empire State Building shooter named, was disgruntled ex-worker shooter, the source said, adding there was no apparent link to terrorism.
A white tarp covered what was believed to be a body in front of the entrance to the office building but police declined to confirm if it was the shooter.

A police source said the assailant, who worked nearby, was believed to be a disgruntled employee who fired at a person against whom he had a grievance. The nature of the grievance was not known.

"I heard the gunshots. It was like pop, pop, pop. It was definitely in a bunch," said Dahlia Anister, 33, who works at an office near the 102-story Empire State Building.

The shooting started shortly after 9am (1300 GMT) on the busy sidewalk on Fifth Avenue outside the Midtown Manhattan building.

It came at the height of the tourist season outside one of New York City's most popular attractions. Police cordoned off the area around the building, one of the most recognizable in the world.

Mail courier James Bolden, 31, said he saw a "guy laying on the (sidewalk), bleeding from the neck and barely breathing."

"Everybody was crowded around him taking pictures and video, and security guys were yelling everybody to get back, and give him space. He was barely breathing," Bolden said.

One witness said she saw a woman who was shot in the foot and another woman being taken away in an ambulance.

"I was walking down 33rd (Street) and there's a dead guy. I just saw pools of blood. He was laying down and the was blood pooling (around him)," Justin Kellis, 35, who works nearby.

The United States has had two other mass shooting cases this summer. On July 20, a gunman opened fire at a midnight screening of the Batman film "The Dark Knight Rises" in Aurora, Colorado, killing 12 people and wounding 58.

On Aug. 5, a gunman killed six people and critically wounded three at a Sikh temple outside Milwaukee before police shot him dead in an attack authorities treated as an act of domestic terrorism.

This was the second high-profile shooting incident in two weeks in New York's tourist-heavy midtown Manhattan. On Aug. 12 New York City police shot and killed a knife-wielding suspect as he sought to evade them through Saturday afternoon traffic and pedestrians in Times Square.

Mayor Michael Bloomberg and Police Commissioner Raymond Kelly planned a news conference for 11am (1600 GMT) near the scene.