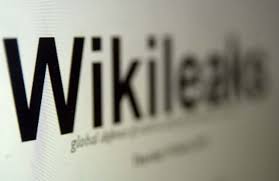 WikiLeaks release, 'STRATFOR CEO NOT QUITTING'
Clean Media Correspondent
Washington: Feb 28: (CMC)   Denouncing the disclosure of its emails by WikiLeaks, the whistleblower website, as "deplorable breach of privacy", the US-based intelligence firm Stratfor cautioned that some of them may be forged or altered to include inaccuracies.
In a video message to Stratfor subscribers, founder and CEO, George Friedman said that his resignation email was forged. "Emails sent to many people about my resignation were clearly forged," he said. Friedman said in December that thieves hacked into Stratfor data systems and stole a large number of company emails, as well as private information of Stratfor subscribers and friends.
"Today WikiLeaks is publishing the emails that were stolen in December. This is a deplorable, unfortunate -- and illegal -- breach of privacy," he said. Friedman said that some of the emails might be forged or altered to include inaccuracies while some might be authentic. "We will not validate either, nor will we explain the thinking that went into them. Having had our property stolen, we will not be victimised twice by submitting to questions about them," he said.
Posted by Clean Media at 10:48