Centre’s plan in Naxal-hit J’khand to be extended 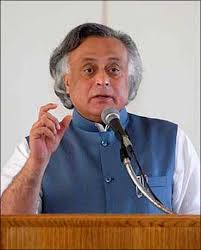 Centre’s plan in Naxal-hit J’khand to be extended
Clean Media Correspondent
New Delhi: Mar 4: (siemsi)  Enthused by the success of its development plan in Jharkhand's Maoist-hit Saranda region, the Centre has now decided to replicate the model in other tribal- dominated areas of the eastern state. The rechristened Saranda Development Plan, at present, is being implemented in the tribal areas of West Singhbhum district's Saranda region, which was liberated by security forces last year after 11 years of unrest. During a recent review meeting of the plan chaired by Rural Development Minister Jairam Ramesh in Ranchi, Jharkhand government officials had demanded that it should be implemented in the under-developed periphery of Saranda forests, Maoist-hit Saryu forest areas in Latehar district and Jhumra Hills in Bokaro district.
"We must consolidate on success of security operations," Ramesh said, in agreement of their demand.
Posted by Clean Media at 13:46

Email ThisBlogThis!Share to TwitterShare to FacebookShare to Pinterest
Labels: Centre’s plan in Naxal-hit J’khand to be extended