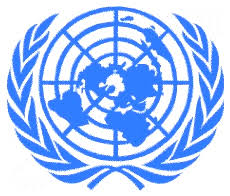 Sectarian violence a recurrent practice in Pak: UN
Clean Media Correspondent
United Nations: Mar 3: (CMC)   Expressing concern over the continued sectarian violence in Pakistan, a group of UN human rights experts has said targetted killings have become a "recurrent practice" in the country, which is failing to protect the security of religious minorities.
The experts warned that sectarian violence threatens to worsen if the Pakistani government does not respond swiftly and decisively to confront it. Sectarian violence has "sadly become a recurrent practice in Pakistan, and we urge the Pakistan Government to identify and prosecute the perpetrators and do everything possible to establish strengthened security measures," UN Independent Expert on minority issues Rita Izsak said in a statement. At least 18 Shia Muslims were killed in a February 28 attack on a bus in Kohistan in northern Pakistan by unidentified gunmen.
In a previous incident on February 17 more than 30 people were killed and wounded when a suicide bomber exploded a bomb close to a mosque in a mainly Shia neighbourhood in the Kurram tribal region. Special Rapporteur on freedom of religion or belief Heiner Bielefeldt said "these targeted killings once more display the appalling degree of religious hatred in a country where there seems to be a failure to protect the security of religious minorities." The experts expressed their condolences to the families of those killed and all the people of Pakistan who suffer from such acts of terror, saying such killings are "extremely shocking" and constitute acts that require the strongest response. They asked the Pakistani government to respond "decisively" to end sectarian violence and improve the security of religious minorities. "Such serious incidents demand, and communities have the right to expect, the most rigorous response possible from the Government," Christof Heyns, Special Rapporteur on extrajudicial executions, said.
Posted by Clean Media at 16:35