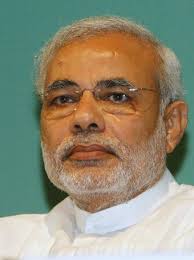 Indian-Americans hold demonstrations against Modi
Clean Media Correspondent
New York: Mar 4: (CMC)    Marking the 10th anniversary of the Gujarat riots, a coalition of over 40 Indian-American bodies held a demonstration and a candle-light vigil here, shouting slogans against Chief Minister Narendra Modi for his alleged complicity in the communal violence and demanding justice for the victims. Over 100 people from the Indian-American community came together under the banner of 'Coalition Against Genocide' (CAG) for the demonstration yesterday. Gathered near a statute of Mahatma Gandhi in Manhattan, the coalition pressed its demand for compensation for the victims and to bring the perpetrators of the riots to justice. Women and children held placards and shouted slogans against Modi and his government.
Posted by Clean Media at 14:19