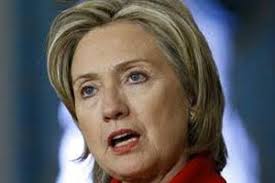 India taking steps in right direction on Iran
Clean Media Correspondent
Washington: Mar 1: (CMC)  The US appeared to express satisfaction with the steps being taken by India to reduce its dependence on Iranian oil even as Washington said it was having "very intense and very blunt" conversations with New Delhi, China and Turkey to bolster American sanctions against Tehran over its nuclear programme. "With respect to India, they are making steps that are heading in the right direction. In fact, I think in a number of instances, the actions of countries and their banks are better than the public statements that we sometimes hear them making," Hillary told lawmakers at a Congressional hearing. Hillary said China, which is another major country being pushed by the US to reduce its dependence on Iranian oil, too has made progress. "I think that we have made progress, not enough in my view. With respect to China, they have actually worked with us to prevent certain businesses within China from continuing their trade. They have reached out to the Saudis and others to determine ways to make up their loss of oil, if they cut what they receive from Iran," Hillary said.
Posted by Clean Media at 11:07